Maori Carver, Twitch Streamer, Father, one of the kindest souls and partner with höm.

"This year one of my goals is to put myself first, because I've never really done that" he proclaimed in that genuine, humble tone of his that millions around the world have become familiar with. After a few months of korero (conversation) with us, @broxh_ started opening up about his own ambitions as a provider for his family since achieving a collective social following of over 2.3 million... and counting.

He's widely known as "Wholesome Broxh" because that's the best way to understand how he grew such a following - by being himself. He's authentic, kind and fun so many people around the world are drawn to his pure character.

" This year one of my goals was to put myself first, because I've never really done that."

A common conversation has been about goals and achievements, how his collective social following of over 2.3m people was once an impossibility, inconceivable a little over a year ago. He's an inspiration to so many people to remain authentic and true to themselves despite what else is going on and this is all, somehow, kind of normal to him now. He handles the cyber bullies with grace and a simple "ban," maybe even a making joke or two.

When we looked at his "why's" we found common ground in many of our beliefs around culture, passion and metamorphosis. On Broxh's Twitch he lists 5:

At höm we believe "to impact an entire generation, move one person" so it's not hard to see how we all saw strong alignment in a potential collaboration. This is definitely one person we want to support and move toward his own goals because he's already inspiring people around the world and setting an example, we just didn't know what that collab looked like yet.

You know and love him for his wholesome content and humble nature.

He's a provider and setting an example for the next generation.

In one of our many conversations, after smelling the roses, appreciating how far he's come already and the deals he has personally negotiated, the humble streamer informed us that ever since high school it has always been his dream to buy a house for his mum and his family. Later that same day, the penny dropped for us and we thought, "What if we helped to empower Broxh to get his family home?" That felt right.

So the next day we caught up again and said to him "We know you don't like asking for anything so how about we give you your own flavour of höm focus and whatever you sell, you get to keep all the profits? Let's get your family this home!"

He stood in silence and you could see he was processing the opportunity, as a mobile mechanic was in the background trying to get 'Whitebeard' (his ute) back on the road. After a pause that felt like eternity he responded with a "faaar out," scratching his head in disbelief that he may be able to reach this goal for his family sooner than he expected.

After weeks of development and discussions, here we are. Proud to announce the collaboration with Wholesome Broxh and his very own flavour of höm focus - 'Wholesome Peach Iced Tea'!

All of the net profits of this limited edition flavour will be contributed to Broxh and buying his family home.

This will be the first of many dreams we look forward to supporting and we're so proud to have to opportunity to collaborate with someone as humble, kind and wholesome as our friend Broxh. 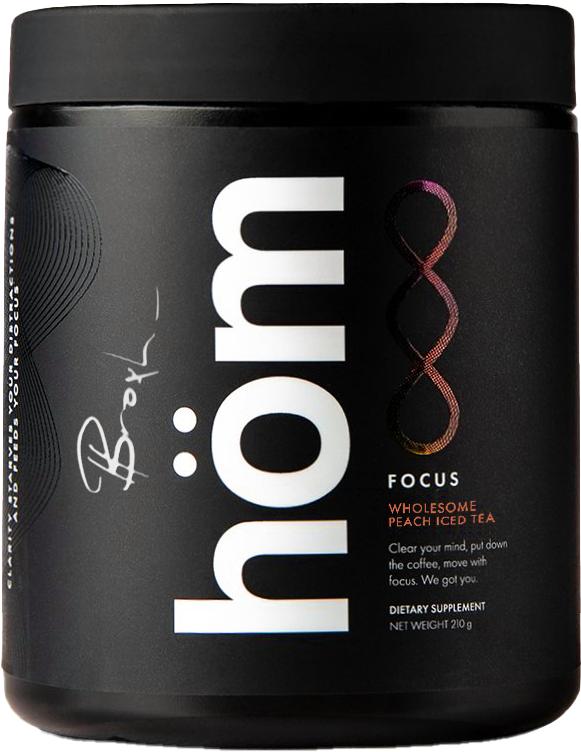